Giddy-up Alberta. The writ has been dropped and the politicians are now (openly) wooing us, running six ways from Sunday.

Sadly, too much of of the wooing involves attempts to portray the alternative as ‘extremists‘.

Part of the way this slander works is by shifting the parameters of discussion in one party’s favour.

For instance, shifting terms of reference so that they appear to align with one group and then pairing that shifted definition with a term not tampered with to lend the shifted term extra credibility. Like linking the word conservative to the word responsible.

Conservative and responsible are not synonyms, and responsible governance is not the exclusive domain of conservative ideology (how we have not figured this out I don’t know). Alberta, you have been duped. You have been inundated with a 43 year feedback loop of tenuous credibility, and it has pasted a paper thin connotative veneer of responsibility and trustworthiness over all things conservative.

Here’s another much maligned phrase: tax and spend. Tax and spend is ACTUALLY what the government is supposed to do. Government collects your tax dollars, then spends that money on health and education and infrastructure. Your taxes are how government pays to keep your province running. Taxes themselves are neither good nor bad. What can be either good or bad is how your tax dollars are spent.

Let’s take back the concept of responsible government and divorce it from conservatism.

The real, actual, factual definition of conservative is resistant to change, and that is not a virtue. History is rife with examples of those rough patches when radical change was the best option. Look back through that history and see how awful conservatives look in hindsight. Sometimes the status quo is more a barrier to progress than a banner of pride.

If you keep telling yourself conservatism is prudent and socialism is an extremist idea that can come to no good, you haven’t thought it through. That lack of thought is keeping you from making constructive, progressive changes to how you are governed. 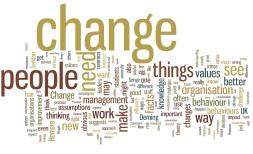 Think Alberta…who is telling you that the conservatives are the only choice and the other options are ‘extremists’? Do they have a vested interest in preventing change? Change is usually opposed by those who have the most to gain from preserving the status quo. You only have to take a quick glance at the big supporters of the PCAA to see that illustrated – their big funders are the ones who weren’t asked to contribute a few more tax dollars to help keep things running smoothly. The status quo is them benefitting from what your tax dollars provide, with them not pay their share. Thats’ conservatism in a  nutshell. If that doesn’t sound right to you, you might not be a conservative. This conservative party maintains the status quo for the benefit of specific parts of society that have the money to fund this conservative government and thereby protect their interests with no regard for the greater good.

Redistributing wealth and power make our society more fair and to allow everyone the chance to participate fully in our society. That broader participation brings with it the benefit of new ideas and the adaptability that makes a nation strong in good times and in bad. Socialism advocates for the redistribution of wealth for the benefit of the entire society because democratic socialism is founded on the principle that progress depends on everyone contributing and being equally able to participate.

I am not arguing against conservatism as an idea. I am arguing against this conservative government and against Alberta’s stubborn and foolish refusal to admit that there are options and that the time has come to consider them.

Let’s take our social democratic values to the polls with us on May 5, leave behind our misconceptions about what is responsible and what is extremist, and redistribute responsibility to a new party with new ideas to help us deal with new global realities. If we want to move forward we need to elect the leaders that put us on the be on the road that takes us there. 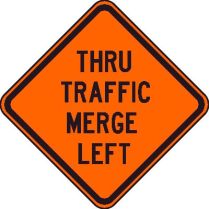