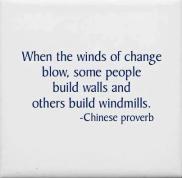 As many of my pedantic tales do, this one begins on social media.

In response to a thread about Ted Cruz and his demagoguery, a Facebook friend asserted that he was a liberal, to which I replied:
“Of course you’re liberal, … Most of the civilized world is liberal (progressive, we call them progressives here). Being liberal is a requisite to being civilized.”

Later someone challenged me on this, and after thinking it over, I continue to believe I was correct. Look:

civilize: bring (a place or people) to a stage of social, cultural, and moral development considered to be more advanced.
civilization: the stage of human social development and organization that is considered most advanced.
liberal: open to new behavior or opinions and willing to discard traditional values.

A person who is civilized is individually at a stage of individual peak advancement, because of the same circular proof I outlined above.

Ergo, being civilized is to be in the process of change. You can’t advance without moving, you can’t move without changing position, you can’t change position if you’re not open to the possibility that your position can change.

This is the question I answered at the start; how can you be civilized if you are not open to change? Being open to change and the state of being resistant to change are mutually exclusive, which leaves only liberality compatible with civilization. In the long run, being open to new behavior or opinions (the definition of liberal) is the only of those two states compatible with civilization. Being liberal not only has a civilizing effect, it is in fact required for the civilizing to take place at all.

I will agree that what we consider to be a civilization is relative. But regardless how subjective the judgement call that ‘civilized society’ is, change is necessary to advancement. It is the willingness to consider change, not the adoption of new ideas, that makes the liberal mindset requisite to civilization.

I’m going to rest my case right here… what do you think?