(Maybe) this is the last time I will address women against feminism. I cannot say for sure because both women and men keep undermining the (human rights) cause(s) that are in their best interest.

For example, this sad example of women blaming women for our unwillingness to accept the status quo, where the status quo is not acceptable. Or this offensive example of trying to erase women from a global discussion.

A woman who hates men is not a real feminist, she is a person with problems. I love you guys … when you treat me well, and when you don’t I don’t. A real feminist’s affection for men is a reciprocal affection.

Feminism is not about targeting any segment of the population for contempt. That would be misandry. Misandry is the b-side of a really bad record (the a-side be misogyny). True feminists do not march to that tune.

Human rights are an infinite resource and hoarding them or restricting their possession to and elite group of humans can in no way ever be justified.

In fact, the one thing that restricting access to human rights CAN and WILL do is make those rights less certain for every last one of us regardless of gender.

Men can and should be self-identifying as feminists. Not for our sake; although I appreciate that sentiment; but for their own sake. What is universally available is very hard to take away.

Feminism is not a power grab, it is a method of solidifying prosperity and freedom for all of us whether we like each other on an individual basis or not.

Men have absolutely nothing to lose by feminism and a great deal to gain by  actively working in unison towards feminist goals. When women win we all win, and denying that men need to be involved or asserting that feminism is not fair to men is just not productive. We are stronger when we stand together.

The momentum that has ushered white, educated, wealthy woman in the western world out from behind the veil and into the wide where-and-when-ever-I-want-to-go world is not ubiquitous. The momentum exists in pockets of privilege and well lit corporate hallways, but it is conspicuously absent in many non-western societies.

Our momentum is improving our neighbourhood, but it isn’t helping the woman trapped outside the boundaries of our accumulated privilege at the same rate or in the same way it helps us. Only our active engagement with the feminist movement can do that. 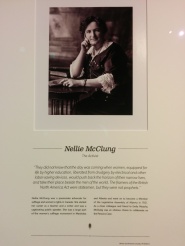 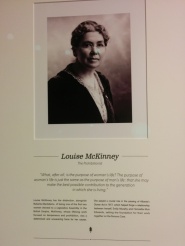 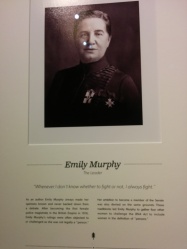 Women against feminism are not only turning their back on the movement that fought for their comfortable ability right to turn their back at all. It’s like a dog biting the hand that feeds it. This isn’t the first movement to have a free rider problem and it won’t be the last.

But that isn’t the worst of their folly.

The true tragedy (and disgrace) is that they are turning their backs on all the women who have not yet gained the privilege of being treated like human beings, being safe in their own bodies and being allowed to pursue their own happiness.

Hey, you know, sometimes it’s not all about you, right? Think outside the box.

Too many of us don’t want to acknowledge what has come to be a globally accepted, albeit comicbook, truism: with great power comes great responsibility. We are empowered and have the responsibility to work extend that empowerment beyond our immediate selves.

Be a feminist for the woman who hasn’t got that option.

Be the feminist face to a government other than your own that thinks it can ignore the women it refuses to represent.

Be a feminist for the sake of other women until those other women are able use momentum to propel themselves to the place you currently take for granted.

December 6, 2014. Twenty-five years since the day that a man that believed that ‘feminists’ had ruined his life purposefully selected and killed 14 women at École Polytechnique in Montreal.

The blessing of my life is that I have never been the victim violence, sexual or otherwise.  I’ve known sexual harassment, and obviously I know that nagging fear every woman who finds herself suddenly alone in an unfamiliar place knows. I’ve struggled with body image, but I’ve managed to get through with pretty good self esteem. I am lucky in ways that a human being should never have to refer to as luck, yet in a way that for women is realistically characterized as coin-toss good fortune.

Reading the news today I wonder what has changed between that and now, days away from my 46th birthday.

What I do know now is that the world is not as safe and benign as I naively thought it was then. Have we made any progress since Dec 6 1989? I have a hard time sorting out the progress from the regress and I don’t know if I can do the topic justice.

Here are 6 views on the topic written by people trying to sort that out.

So my point, continued, is that neither anger nor misandry are inherent to feminist ideology and shouldn’t be used as reasons to reject feminism. The core of feminism is a call for human rights. We need people to stick with feminism to keep the core large in order that the fringe is kept in check.

Now, the thing about being a white, educated, wealthy woman in the western world is that it doesn’t leave a lot of starkly obvious[1] things to object to. My grandmother and mother took care of the stark and obvious injustices. For instance, their lot gave me the vote, personhood under the law, and access to the education I want. That is the big picture, and it can give the impression that everything is taken care of.

But you know the devil is in the details. That’s leaves us, as white, educated, wealthy woman in the western world, with issues that are grey and have softer edges. They are harder to clearly define. They take more detailed evaluation and more strategic motivated action to address. They are no less important as issues, they are just less clearly defined. For example we need to address the pay gap between men and women, unrealistic beauty standards, access to family planning and reproductive autonomy, and body sovereignty.

I accept that those issues already have considerable momentum behind them and are easy to lose enthusiasm for. The blessing of being a white, educated, wealthy woman in the western world is that we have a choice between losing enthusiasm; cheering halfheartedly or opting out of the discussion; and still the momentum will carry us forward. How long it will carry us forward if everyone chooses to not participate I don’t know. It’s a gamble that holds very good odds in the short run that even those who opt out will benefit. As in many circumstances, playing the odds is selfish and one person’s win is another person’s loss. Opting out and making gains from the efforts of other people is a bit selfish. In the long run staying the course, identifying as a feminist, continuing to point out the remaining inequalities and helping the feminist cause stay on course and strong enough to resist fringe elements, is the generous and less risky course. Opting leaves the continued work from which all HUMAN BEINGS (not just women) benefit, up to a minority of the population. It leaves us all open to the risk of being dragged down by the fringes and/or backward by outliers who actually do not believe in the feminist cause (and by extension in human rights).

I couldn’t look myself in the mirror if I not only opted out, but also denied that any work needs to be done, which is precisely what ‘women against feminism’ do.

My next blog, continuing this topic, is about the majority of women. Most of us are not white, educated, wealthy woman in the western world with momentum behind us.

[1] It didn’t until recently anyway. But I simply don’t have the energy right now to bring up Jian Ghomeshi and the beautiful can of worms he has opened up