Man! What a time to be alive for fans of pre-apocalyptic political theatre.

The GOP has fallen into the oldest political trap in existence. The Grand Old Party has fallen victim to pandering.

There is a huuuge difference between letting the loons have their soapbox on the corner and letting them have the podium.

No society will ever eliminate its fringe element. In fact no society should try to eliminate it; it keeps us on our toes. However, all societies should keep the fringe on a long leash. Long enough to give the loons some freedom, but short enough that the person at the handle end of the leash is the one choosing the direction.

The Republicans have been letting the dog walk the master for a while now, and it has come back to bite them in the ass. As it always will.

To be fair, this a universally problematic political temptation and not one unique to the Republican Party. It isn’t only Americans who need to maintain proper perspective on the lunatic fringe. For instance:

In the spring I was working a contract with an Alberta government ministry I won’t name. On April 1st, commonly know as APRIL FOOLS DAY, the government put out a joke news release – as many governments and businesses do. Staff in the office I worked in freaked out. I think their concern was that it would make some people angry. And it did. It make the same bunch of lunatics angry that got angry when the Premier wished us all Happy Chinese New Year. The over reaction of my fellow staff members revealed them as firmly in fear of the lunatic fringe. The government, however, wisely just kept on going on and continued to politely ignore the screaming of the  loons. This was the right thing to do.

To survive, governments and political parties have to know how to politely ignore some constituents. They must consciously choose not to woo or expect support from their less stable fringe elements.

At this point I think there may be no real way out for the party aside from full retreat. The mainstream republicans – the non-loons – need to run away and wait until the Trump zombies eat each other. That’s gonna be a while so I suggest they find a nice pub to hide out in. Forget this election. In fact, pray that this election goes to the Democrats because recovering as an ideologically driven political movement will be easier under a stable Democratic President than during the arrival of the four horsemen of the apocalypse. 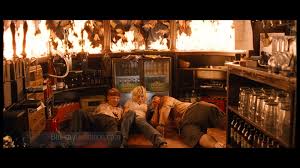 No article attached. My two cents in 5 minutes…

Google Melania Trump and you’ll find a dozen articles about her speech in Cleveland. It’s the issue of the day: plagarism. But the real issue is what has happened to the Republican party.

The GOP has fallen into the oldest political trap in existence.

Every good leader knows that to fight a good fight and win the day they must give their people something to fight FOR.

All the GOP has is against. Against immigrants. Against radical Islam. Against planned parenthood. Against gay marriage and trans people peeing. Against federal stewardship of public lands. Against gun laws. Against Obamacare. AND against ‘crooked’ Hillary.

This is why they will lose, and lose this big. Because they are only ever acting against the democrats and for no other reason.

So, in a twisted way, Hillary is to blame for Melania’s speech because, by default she is leading them.